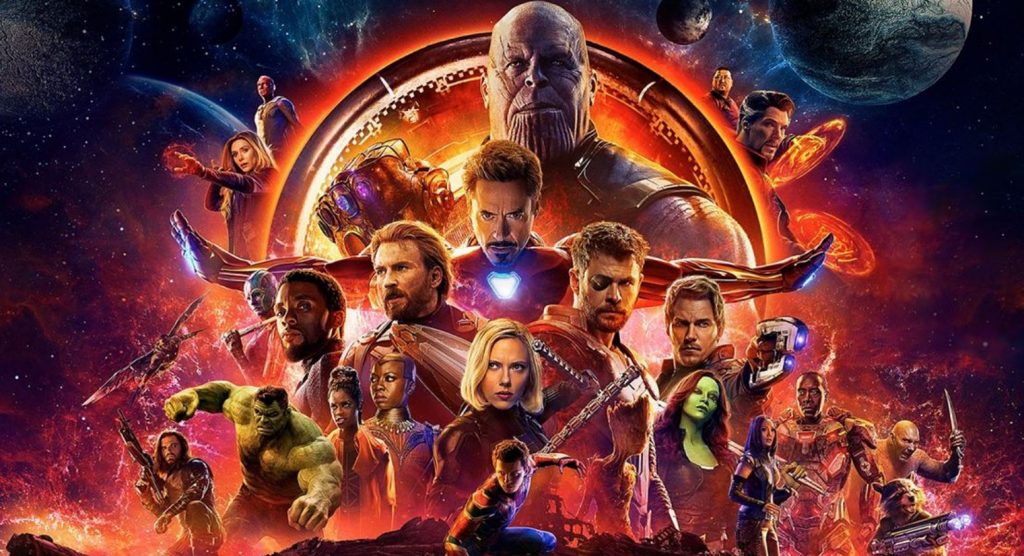 Avengers: Infinity War starts almost at the exact moment Thor: Ragnarok left off, with Thanos’ ship bearing down on the Asgardians in full attack mode—setting the tone for the rest of this movie, which can best be described as nearly three hours of sustained battle interspersed with quips, with the occasional pause for character moments. The battle was intense, the quips were funny, and the character moments were my favorite parts—I wish we’d gotten more of them. But then, the war’s right there in the title.

And it is certainly an epic war, with battlefield scenes that reminded me in some moments of Lord of the Rings, though without quite pulling off the pathos and scale of those movies, because Marvel, for all its successes, has not always been great at giving us action that smells and feels like it’s actually happening, and has real consequences. And that’s especially true in this movie. (More on that later.)

On the other hand, the jokes crackle with life, and the character interactions are supremely satisfying, though given the enormity of this cast, some are inevitably given short shrift. My favorite moments are those between characters we see meet onscreen for the first time, their dynamics hilariously on point, giving us what in my opinion has consistently been the best payoff in this massive, sprawling Marvel Cinematic Universe. More than the continuing storylines, the repeating villains on whom your mileage may vary, the feeling of a connected universe where characters and events from separate movies influence each other—what gives me the most joy is the fact that we have these versions of beloved comic book characters that we’ve been getting to know for the last ten years, who’ve become such three-dimensional characters that seeing them get drunk and try to lift Mjolnir is more enjoyable than 90% of those massive ending battle scenes.

In Infinity War, we finally see all of these characters knocking heads (sometimes literally), trying to find their footing in relation to each other, and struggling to find working team dynamics in a new reality where their established crews have broken apart and scattered, and they have to try to save the universe with strangers. And all of that was hilarious, moving, and thrilling to watch.

MAJOR SPOILERS BEYOND THIS POINT

How delicious was it to see Thor with the Guardians of the Galaxy, calling Rocket “Rabbit” and giving Star Lord the acutest insecurity of his life? Or Drax commenting that Thor looks “as if a pirate had a baby with an angel”? (No argument from this viewer, Drax.) It has to be said: Iron Man and Captain America have been the two pillars of the Avengers so far, but with that foundation shattered, Thor takes on the mantle of hero magnificently in Infinity War. I can’t decide whether I prefer his quiet and tearful confession that he’s got nothing left to lose, or his white-hot might on the battlefield as he wields that axe with berserker rage and deadly accuracy.

And then we have the endlessly entertaining clash of giant egos between Tony Stark and Dr. Strange, who are so insistently and grouchily unimpressed with each other. The fallout from Captain America: Civil War means that our regular team is scattered and we don’t get to see Steve and Tony affectionately snarking at each other, but in place of that old standby we have new teams haphazardly assembled from the broken pieces of the old, as well as those they encounter for the first time as Thanos throws the universe into chaos. We even see Peter Parker biting off more than he can chew again (in space!), and that hug between Bruce and Tony that was simply everything.

But despite the profound enjoyment all of that gave me, this movie is ultimately incomplete. I was having a blast until minutes from the end, when I began to realize the turn the plot was taking, and what that means for the franchise. In essence, this film should have been named Infinity War: Part 1, and that it wasn’t makes me feel slightly bamboozled. Especially since that was Marvel’s original plan, until they publicly announced that Infinity War would be a single movie, sending a clear message that This Is It.

So most of us were anticipating exactly what was advertised: a massively epic conclusion to this story arc. The fact that we got something which was amazing in many ways but is in essence half of a (very long) movie feels like a case of the studio wanting to have its cake and eat it too. Marvel wanted the massive marketing push of Finally! Come and see the world burn and Thanos brought to justice! and then to pull the bait and switch of a massive cliffhanger. It’s like a season finale of a TV show, except you have to wait years for a resolution instead of months. Which is why as much as I love the MCU (and I really, wholeheartedly do), I love less this trend of movies that act like TV episodes, because it can so easily go wrong.

As an audience, we were collectively expecting not just the confrontation with Big Bad Thanos that every other MCU movie has been building toward, but a resolution to that conflict. Instead we got something that subverts that expectation completely, and in a way that undercuts the stakes that were set up in the first half of the movie. Which is surprising from this franchise that in recent years has been able to so skillfully balance taking creative risks with giving the audience what they want.

The movie’s first nod to a less-than-happy—and possibly less-than-permanent—ending is Dr. Strange’s jerky trance that shows him millions of possible futures, and only one where their team wins. And as each stone is lost to Thanos, a sense of inevitable doom seems to speed towards our heroes, who see less and less hope for victory but grit their teeth and fight to the death anyway. As Okoye grimly declares, it will be a noble end. 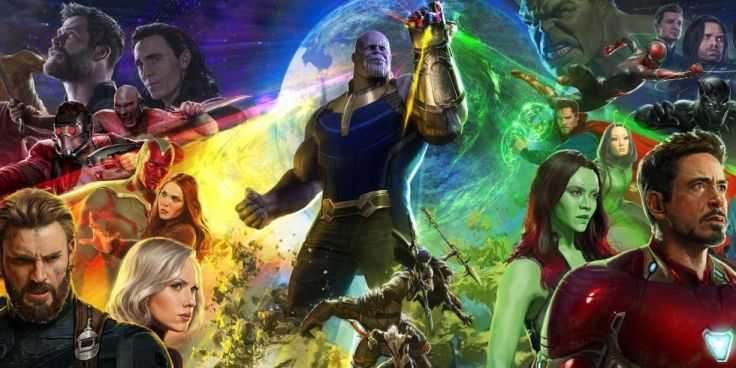 And yet, the tragedy that happens when Thanos gains control of every last stone is not only stunningly abrupt, but strangely weightless. We lose so many of these characters in the blink of an eye. Earlier in the movie, I was impressed with the ruthlessness and speed of Loki’s death, and the tragedy of Gomorra’s awful murder. But once so many major characters disintegrated into dead leaves that it became obvious this entire plot twist will have to be reversed in the future, I lost my ability to be emotionally engaged by the sadness the characters were feeling. (Except for Tony and Peter, because damn. Of course I cried.)

The logical assumption now is that Avengers 4 will be a time travel story—but once you can’t just see time, as Dr. Strange does here, but also travel forward and back through it, what gives meaning to any victory or loss? Am I supposed to mourn for Bucky, for T’Challa, for Peter? Or am I meant to blithely go about my day knowing that these actors have contracts for more movies, so of course they’ll be back, despite Thanos’ declaration that there will be no more resurrections? (And, weird thought, does that statement read as a joke now?) I love meta as much as the next nerd, but this is a case of reality crossing the fourth wall in a way that strips it of a lot of its narrative momentum.

I’m not upset that this movie didn’t have a happily ever after; I was expecting some pain, some loss and death. I was expecting to grieve. But Infinity War has left us in a place where we don’t even know who to cry for, because who can say which deaths are permanent? Can we even call them deaths? A large part of this lies in the fact that we part with the heroes immediately following the disappearance of their comrades, and instead of getting to see them mourn and try to process what just happened, the movie concludes on Thanos’ “happy” ending. We might know that comic book heroes never really die, but they don’t know that, and showing the devastating impact of this instantaneous genocide on these characters that we have such a strong connection with would have given the ending a feeling of consequence and resolution—and emotional catharsis—that it currently lacks. That would be the most satisfying payoff of building our relationships with them, and theirs with each other, over eighteen movies. And perhaps instead of leaving the theater feeling poleaxed, we’d be feeling the true weight of what is, in reality, a remarkably courageous story choice for a movie of such gargantuan impact.

Because I can recognize that this was a gutsy move on the part of the filmmakers, and can even appreciate what they were trying to do by making things so hopeless that we don’t know how on earth the next movie is going to dig our heroes out of the hole. I just wish that their misfortune had more weight and consequence, and that I wasn’t left feeling subtly but surely manipulated. Maybe I’ll change my mind about this when the next movie comes out, and I can look back and see what the filmmakers were going for. I’m certainly going to see this again, because despite my ambivalence about the ending, I thoroughly enjoyed so many of the moments leading up to it.